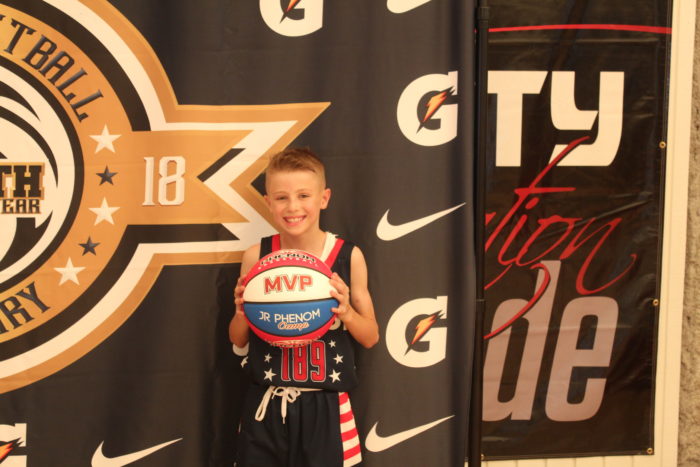 This is the first year that the Jr. Phenom Camp has added rising 3rd and rising 4th graders.  Our very own Grant Robich played with tremendous energy, enthusiasm, and effort.  Grant shined bright amongst national level talent.  He consistently played like an Ace and caught the eye of Jr. Phenom camp staff. Word quickly traveled through the camp about this amazing 4th grader who played amazing defense with an intensity beyond his years.  Jr. Phenom Camp Director Joe Keller told coach Kwame James that he had never seen a kid play defense with such intensity and defensive basketball IQ in his 15 years of running the Jr. Phenom camp in any age group.  Grant was awarded Co-MVP alongside Peyton Howell of the Riverside Hawks 2026 team leaving Jr. Phenom camp ranked #3 in the 3rd and 4th grade division top players and was the ranked #2 point guard of his division.

The Aces family would like to sincerely congratulate Grant Robich on his stellar performance at the 2018 Jr. Phenom Camp.