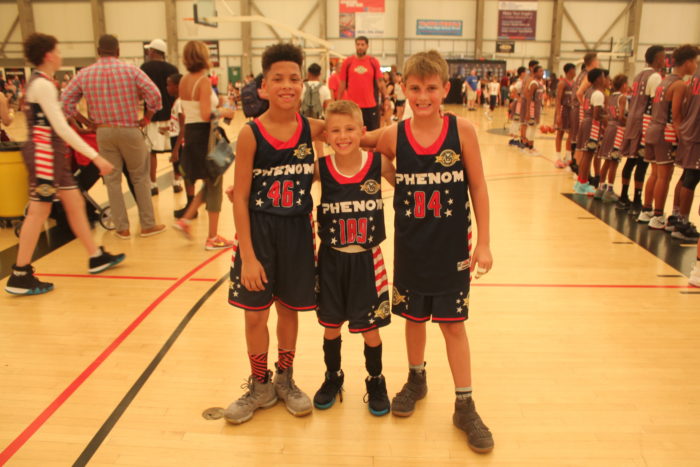 Three Aces went out to San Diego California to attend the prestigious Jr Phenom Camp. This camp has produced various Division 1 and NBA players in the past including the Atlanta Hawk’s newest draftee Trae Young. The Aces played well and competed against the best from all across the United States. They showed great passion, skill and grit for the game of basketball and were recognized as some of the top players in the entire camp. Grant Robich was awarded the CO-MVP of the 3rd-4th grade Division and was ranked the #2 point guard in that division. Amare James was ranked #9 and Wyatt Thomason was ranked #23 of the Top Wing Forwards in the 4th-5th Grade Division. Amare James was ranked the 37th Top Player Overall in the 4th-5th grade division out of 112 players. The hard work and dedication is starting to pay off. Congratulations to these three outstanding ACES on being recognized at a National camp.